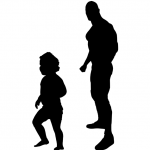 Stereotypes are familiar to most people via initiatives to reduce discrimination in the workplace and news reports highlighting the wider impact it has on the society we live in. Most people know of them, even if they have never heard of Cognitive Bias.

They were first identified in 1933 and are described as overgeneralized beliefs about a category of people. People develop stereotypes from a mixture of facts, experience and cultural understanding.

When we use stereotypes, we assume the stereotype holds true for every individual person in that category.

Well, it’s not quite that simple.

Why do we stereotype?

Humans are social creatures. We have this intrinsic need to be part of a group and know where we belong. We want to feel ourselves part of a group with shared aims, ideals and values.

When we come across someone who isn’t part of our group, we need to assess them quickly to see if they are friend or foe. So we use our stereotypes firstly as a survival mechanism when we can’t treat everyone as a tabula rasa and discover what they’re like over time. It gives us somewhere to start when dealing with new people.

After that we use stereotypes as thinking shortcuts to help us build relationships without expending too much mental effort.

And we use them throughout our daily lives. Do you know the phrase “First impressions count”? We change how we look to make other people think we are competent, or intelligent or because we know how to play to their It’s a big part of how we interact with people.

And our lazy brain loves stereotypes. Look at our affinity for personality questionnaires such as Myers Briggs, Belbin or even BuzzFeed quizzes. We delight in and can learn much from categorising both ourselves and other people.

So this is just about how we view other people?

Whether they’re explicit or implicit, people don’t only believe stereotypes about other people, but they believe them about themselves. So if you have a stereotype that Creative people can’t do maths, and you identify as a Creative then you may believe that YOU can’t do maths and so just not try. It becomes a self-fulfilling prophecy.

What’s the link between stereotypes and discrimination?

A problem with stereotypes inside (and outside) the workplace is that they can lead to discrimination.

Based on your stereotype of a person you may treat them better or worse than the evidence of their behaviour towards you would warrant.

What does this mean at work?

1) In your team, you may have stereotypes about other parts of the business, “Those process heads in QA” or “The Mavericks in Sales and Marketing.”

These stereotypes impact how you collaborate and hinder delivering well as a team.

3) One of the best ways of overcoming stereotypes is peer challenge. It’s hard to see your own biases, but if you see them in other people, highlight them.  You can always ask, “Is that true or are we just working on stereotypes here?”

We can’t get away from using stereotypes when dealing with people we are unfamiliar with, but we should be aware how they can constrain our thinking and behaviours, and develop approaches to make sure we get the best from everyone we work with.