Are you the Project Hero? Or are you stuck in the Drama Triangle? 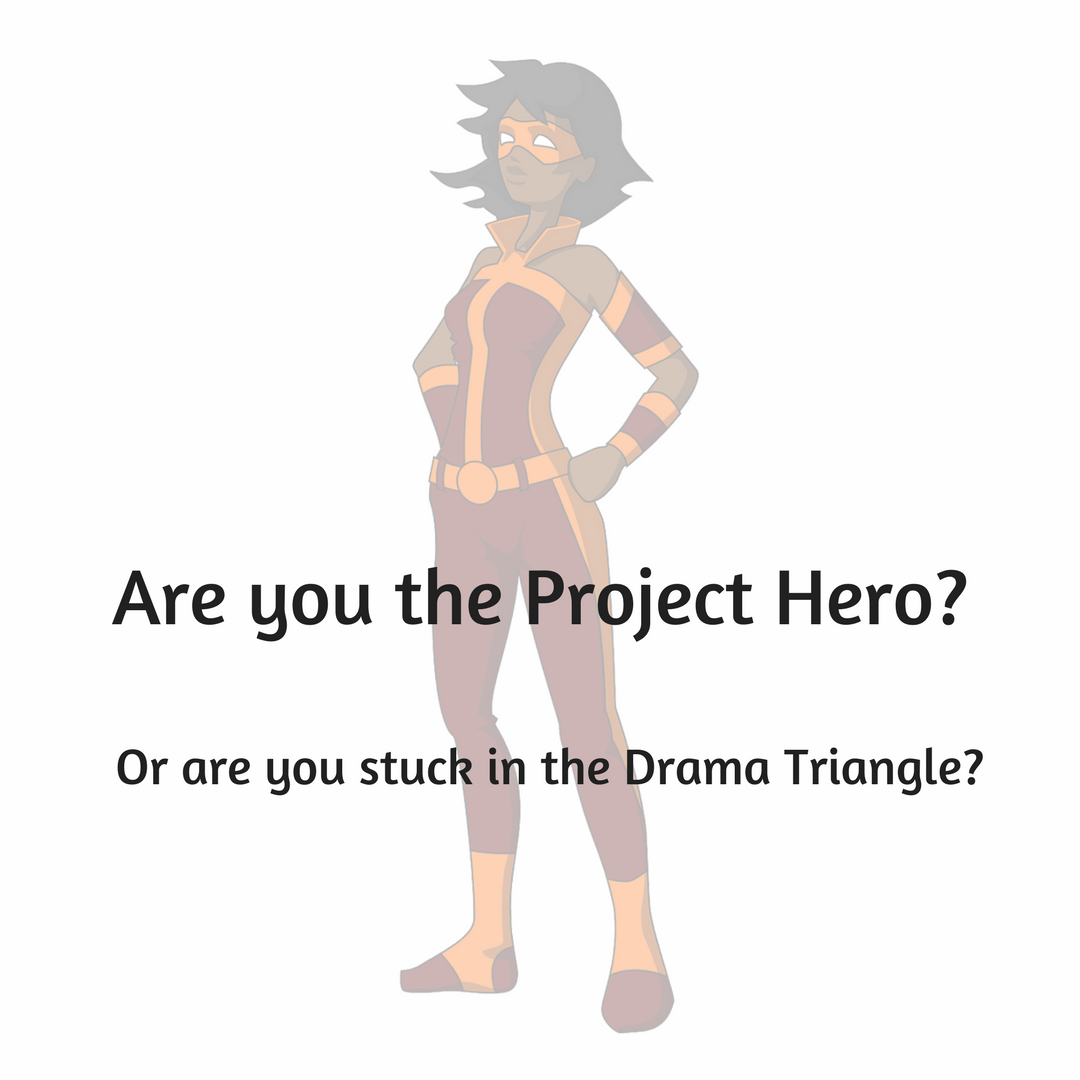 As a project manager or lead BA do you ever find yourself stuck in this role? There is conflict between other members of the team and you feel you must go and sort things out for them. This plays out over and over again and you wonder if you have turned into some kind of project referee.

It’s more likely that you are the Hero in the drama triangle.

The Drama Triangle is one of those useful models that sneaks up on me every often. I watch situations at work and think “Why does Bob always have to get involved in Dav’s arguments” or “How come I’m the baddie when I was just asking a question?” or “Let me just go and sort those two out again….” and I realise that the drama triangle is playing out.

So, what is the drama triangle?

The Drama Triangle, or more accurately Karpman’s drama triangle is a model that describes three roles that three people take in an argument. These have various names but I call them the Hero, the Victim and the Aggressor. These three roles are self-sustaining and need each other to survive.

I find it a really insightful way of looking at interactions between 3 people, especially when someone (maybe even me!) always seems to be getting involved in situations that seem no business of theirs.

A huge downside of the Drama Triangle is that the two people with the disagreement do not learn how to resolve things between them. A particular situation is fixed but there is an underlying sense of injustice. The stage is set for a similar dispute the next time there is a difference of opinion.

We find ourselves in Drama Triangles for a couple of reasons.

Firstly, the simple reason that people like patterns. So we approach new problems the same way that we have in the past. We just fall into it without thinking.

Secondly, we get dragged into a triangle, often by a Victim. We then find ourselves mired in the situation before we have had a chance to work out what is going on.

Conflict happens, people disagree. Problem-solving is about exploring different ways of doing things and when you are in a team then you need to explore those together. The ideal situation is that everyone behaves as competent adults. They solve the problem and move on. Nothing to see here.

How to stop being a Hero.

To break out of this role you must help the victim and the aggressor to sort out the problem between them. Not do it for them.

Sometimes you need to know when to step away. The triangle can only play out of the 3 people stay involved. If you refuse to be a hero.

1) Is this actually any of my business or could, and should, the two parties sort this out between them?
2) Am I really helping here or am I here just to make myself feel or look good?

Your input may still be needed, but in a helping or coaching capacity, rather than a “let me do it all for you” way.

This entry was posted in Behaviour, Hints & Tips. Bookmark the permalink.
Click here to cancel reply.